A Look into the Future – Just for Fun 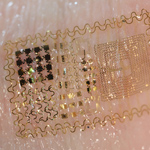 Sometimes it is just fun to look ahead and wonder what the future will bring. In 2011, there have been some interesting announcements that get the imagination going.

Epidermal electronics: Engineers at the University of Illinois have developed a temporary tattoo-like electronic patch that mounts directly onto the skin. If you can build skin-mounted electronics for sensing, medical diagnostics, and communications, imagine the impact on medical devices. 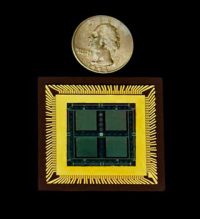 No batteries required for this sensor: A Prototype sensor produces enough electrical charge when flexed mechanically to transmit a wireless signal several meters. I can imagine all the places these battery-free sensors will be popping up – in anything that spins, rolls, jiggles or shakes, like car tires and clothing dryers.

Re-chargeable battery life breakthrough: Researchers took an in-depth look at rechargeable lithium-ion batteries used in everyday items–cell phones, laptop computers and digital cameras–and discovered that those batteries tend to degrade over time. One site of damage is the anode, a battery’s negatively charged terminal. As a battery charges and discharges, the anode swells and shrinks. Over time, this cycling causes damage, creating cracks that can interfere with the flow of current and, ultimately, kill the battery. University of Illinois at Urbana-Champaign engineers discovered that embedding tiny self-healing polymers that tear open and release indium gallium arsenide (a liquid metal alloy) the microscopic cracks in the anode could be filled in, thus rejuvenating the battery and potentially extending its useful life. Imagine if batteries were going to last 15, 20, or more years.

Medical tricorder: A Handheld device in the Star Trek universe used to diagnose diseases and keep track of vital signs. 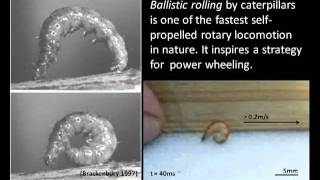 Caterpillars inspire a new style of robot movement: the GoQBot is a soft-bodied silicon rubber robot that uses a ballistic rolling technique powered by actuators made out of shape-memory alloy coils to move extremely fast—its push-off time is under 250ms, and it spins at 300rpm. It will be interesting to follow the GoQBot’s impact on motor control.

The promised potential of 5G technology is getting everyone excited. It is expected to...

Fifth-generation wireless technology (5G) is the next generation of wireless...