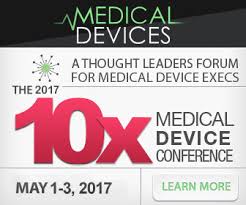 At the 10x Medical Device Conference, which was held in San Diego the first week of May, I learned that major changes have been made in CE requirements for medical devices. After a long delay, the new rules were finally adopted in April of this year. The requirements are becoming more stringent, such as requiring efficacy, not just safety. This brings them more into line with the FDA requirement for both efficacy and safety.

Most significant for many of our customers is the requirement that all existing CE marked devices will need to be re-certified by 2020 (or 2022 for in vitro diagnostic devices). At the same time, Europe is cracking down on notified bodies who have not been doing satisfactory work, which is decreasing the number of notified bodies who can do the re-certification. The remaining notified bodies are attempting to hire people to increase their capacity, but there is a shortage of qualified people who can do this work. This is already affecting device introductions. Some notified bodies are telling their customers that, if they have not already scheduled time, they will not be able to work on their certification until after 2020!

It is common in situations like this for governments to postpone the effective dates for new regulations. They often wait until the last minute to do so, however. This leaves a great deal of uncertainty when introducing new products. It is my opinion that the European Union is unlikely to let the new regulations cause existing products to be taken off the market. New product introductions may be affected, however.

The biggest challenge in wireless medical device is battery life: how to maximize the...

How We Make Medical Devices

Click on the image below to watch a short video on how we make medical devices.