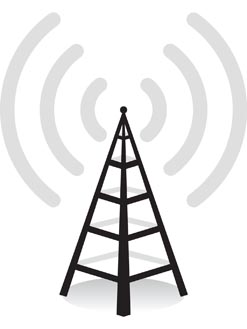 The proliferation of clever apps for almost anything along with the availability of small, inexpensive radio modules and SOC’s (System on a Chip) is enabling and even driving the Internet of Things (IoT).  This article deals with applications that require direct communication between the user’s mobile phone and  small devices that are a reasonable distance away from the mobile (5 m to 100 m).  Until recently, a mobile phone needed to go through a cellular network base station or a local WiFi router to communicate with a device like a sensor or a home security system or an audio feed.  Now, most newer mobile phones have multiple tiny radios inside them that can communicate directly with these small remote devices.  One of the big challenges of these direct links is the usable range of the link and the battery life of the small remote devices.

Which Standard to Use?

The number of tiny radios in a modern mobile phone is almost mind-boggling.  There is the cellular transceiver that may use frequency bands from 700 MHz to 2.6 GHz , the WiFi transceiver (2.4 GHz and/or 5-6 GHz), the Bluetooth (standard and/or Low Energy) transceiver (2.4 GHz), the 802.15.4 (Zigbee) transceiver (900 MHz band in the US), the GPS receiver (1.228 and 1.575 GHz), an FM radio receiver (88-108 MHz), and a close-range RFID transceiver (13.56 MHz).   Of these, the radio standards best suited for small remote devices in IoT are Bluetooth Low Energy (BLE) and WiFi Direct.  The Bluetooth standard has always been used primarily for direct 2-way links.  WiFi Direct is one of the latest versions of WiFi, which allows direct 2-way links without going through a router.

There is a Nordic Semiconductor IC that transmits about 2 mW and draws about 20mA when it is on and its data rate is 1 Mbps (although continuous transmission is limited to about 35,000 bps.  Its range in an indoor environment with no obstructions and some scattering objects (tables and chairs, clothing racks, displays) claimed to be 20 to 30 meters, although actual results are usually worse than what is claimed.   If this IC were in a remote device powered by a standard CR2032 coin cell and running at a 1% duty cycle, the battery life could be as much as 50 days.

A typical such device draws about 500 mA when it is on (higher when transmitting, lower when receiving).  This is a much higher current drain than BLE, but it can transmit and receive about 100 times the data rate of BLE.  The battery must be considerably larger than the coin cell in the Bluetooth LE example to handle the peak current as well as the higher average power consumption.  In addition, the transmitter power when the device is on is about 100 times higher, so the maximum indoor range of a WiFi direct remote device is about 100 meters.

What Are The Best Heart Rate Monitors of 2021 | Voler Systems

The proliferation of fitness bands and smartwatches has made us more fitness-conscious,...

Not only are LEDs the next generation of lighting, they are being used everywhere. The...