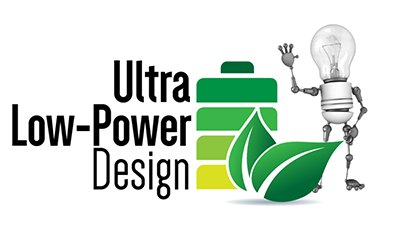 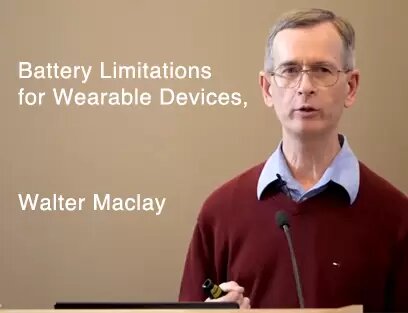 Walt Maclay: If battery technology advanced like semiconductors have, you would have a device the size of a pinhead that could power your car and it’d cost a penny. Unfortunately, we’re never going to have that. If you want to get much, much denser power than we have in a battery now, you could use nuclear. And I don’t think we’re going to see nuclear in a wearable device anytime in the future, that I can predict. So, you’re limited by the storage capacity of chemical energy. And, we’re making progress, every year it gets a little bit better. But it’s not going to get double in next year.

Walt Maclay: So that limitation will remain indefinitely. So, you have to work around it. You have to make trade off between how long between charges and the battery size, which determines in many cases, the size of the whole device. The other thing you work on is, how far are you going to transmit? If you’ve got a wireless device, if you transmit to your cellphone in your pocket, it takes a lot less power than if you’re transmitting to a cell tower that’s several miles away. So, the type of transmission will determine the power that’s used. You can also operate something in short bursts. If you’ve got a small amount of data, you don’t have to have the transmitter on all the time. You collect it for a while and then, you turn it on, send a bunch of data and turn it off.

Walt Maclay: And then, you can use devices that are lower power. For example, GPS is moderate power. If it’s on all the time, it’s going use quite a bit of battery during the whole day. An accelerometer uses a lot less power. In fact, if you combine an accelerometer with a gyroscope, you can keep track of where you are for a while. Eventually, it gets errors. So you could turn on the GPS every now and then and make a correction but in the meantime, you could use a lower power accelerometer and gyroscope.

Walt Maclay is honored to have spoken at HIMSS 2019 Conference in February.

We are excited to at MDTX 2018 and thrilled to be listing in Chris DeMartino’s These...