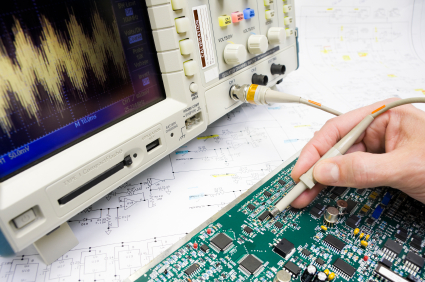 Voler was recently approached by a large medical device company that relied on test equipment that had been designed several years earlier by a firm that was no longer available. They ask Voler for help because for the last two years the equipment would periodically fail calibration and was providing inconsistent results. They had done some root cause analysis and believed that the problem was related to a particular IC in the design. They wanted us to do a more detailed analysis, fix the problem, and verify the fix.

When we did our analysis we determined that it was not the IC but the result of a problem with the layout of the printed circuit board. It was a two-layer board that did not have a ground plane. There were two key mistakes in the layout: 1. high current switch signals were not separated from the low voltage analog signals, and 2. there was a large current flowing through the ground. They should have used a ground plane. The effect of the lack of separation and lack of a ground plane was that the high current signals were changing the ground signal by hundreds of millivolts which was affecting the analog signals that were sharing that ground.

There was actually an easy fix: one cut and a jumper at the right place redirected most of the ground current, reducing the voltage drop without having to add a plane. In total it was about three hours work to trouble shoot, implement a fix, and recalibrate it. A low cost solution to a problem that they had been wrestling with for more than two years.

The Promise of 5G | Voler Systems

Learn what 5G cellular will really deliver for the three very different use cases: cell...

An aging system triggered system engineers to search for an updated leak monitoring...