Potential FPGA Security Concerns and Solutions to Address Them 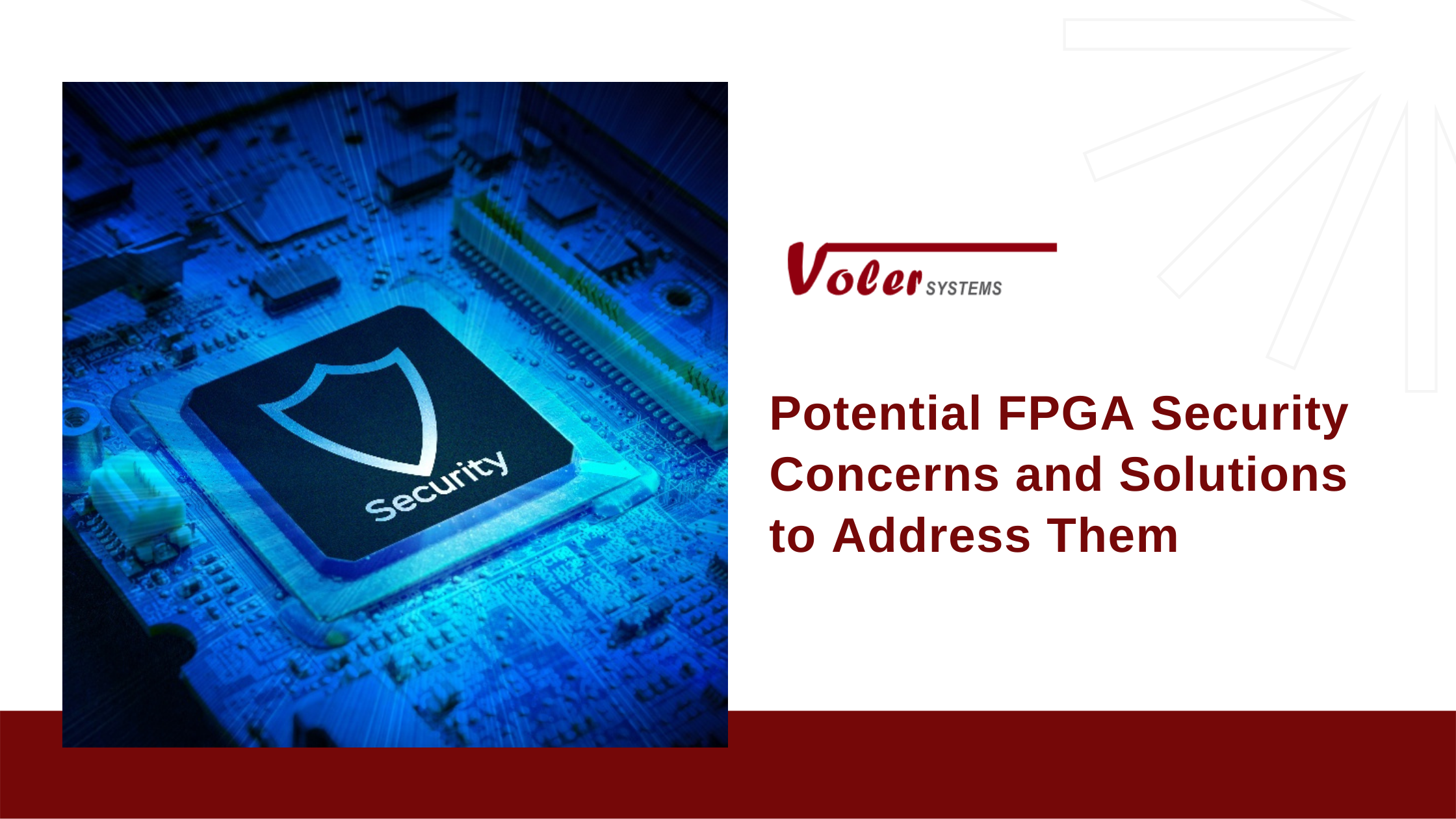 FPGAs are nothing new, hitting the tech scene in the early 1980s. However, the last decade saw rapid growth in FPGA adoption and innovation. It continues to shape the tech landscape, appearing in biomedical engineering, artificial intelligence, video processing, and more. The FPGA market is growing fast, resulting in a projected value of $9.1 billion by 2026.

Despite its lasting impact, this technology isn't perfect. Thanks to its widespread use, security vulnerabilities are becoming more apparent. That's why it's more important than ever to consider FPGA security during product design and development.

Compared to other integrated circuit types, FPGAs offer far more flexibility. As mentioned earlier, they consist of thousands of logic blocks. With programmable interconnects joining them. When connected, the blocks create a physical array of logic that performs specific computing tasks. Essentially, FPGAs are configurable to behave like any digital circuit. They can be quickly reconfigured without changing any hardware. Best of all, you can reconfigure some of them on the fly to change the function of the FPGA while it is operating.

That's what sets an FPGA apart from the alternatives, such as an application-specific integrated circuit (ASIC). With an ASIC, the functionality is programmed only during design. It cannot be changed.

An FPGA offers the flexibility needed to update devices as security and applications evolve. The circuit's current configuration depends on the code, which typically loads as a bitstream from static memory during the device's boot process. The bitstream governs the executable actions, making it one of the most critical aspects of the FPGA.

A well-designed FPGA does have some inherent safety measures. At their core, FPGAs are less transparent than traditional processors. Processors must have a well-documented instruction set, data pipeline, and memory architecture to create code and software that performs well. That's not the case with FPGAs.

The developer creates the low-level function of FPGAs; thus, they are undocumented, creating an obscure environment that's far more difficult to identify weaknesses. It's still possible to break through and intrude into FPGAs, but the lack of documentation makes the process significantly more challenging.

Here are four ways hackers can cause harm through unauthorized FPGA access.

One of the most common ways that attackers affect FPGAs is through bitstream interception. This security flaw is well-documented. Gaining access to those critical configuration files opens a can of worms as far as vulnerabilities go.

Hackers can steal bitstream data, implement files to take control, and more. The bitstream is a critical piece of the puzzle. Once criminals have access to it, they're free to wreak havoc. Generally, hackers need physical access to the device to get the bitstream, however.

Once hackers intercept the bitstream, they can use reverse engineering tactics for diving deeper into the FPGA. Dedicated tools are available to map bitstream bits, recover circuit designs, and more.

While technically not hacking, reverse engineering all or just a portion of a bitstream constitutes the theft of intellectual property from the people who originated it.

Spoofing allows the hacker to replace the original with another program of their choosing. This can compromise the system, allowing the hacker to take control of the device or system effectively. For certain safety-critical applications, this action could result in injuries or deaths caused directly or indirectly by the actions of the hacker involved. If the bitstream can be accessed remotely, this can be a serious security threat.

In side-channel attacks, cybercriminals don't hack into the FPGA by traditional means. Instead, they use the system's patterns of information against it.

The most common type of side-channel attack is fault injection. To put it simply, hackers will create faults to see how the system reacts. From there, they can develop controllable defects to change the FPGA. These attacks exploit voltage glitches, clock glitches, and laser pulses. Usually, the hacker needs to be near the device or have physical control of it to detect these patterns of information.

While security threats for FPGAs are ever-evolving, so are the solutions. Implementing cutting-edge security measures into your FPGA system can mitigate the risks, protect your intellectual property, and improve the overall safety of your devices.

Voler Systems provides FPGA design, development, and programming services that prioritize safety. Here are some ways that we can address security concerns.

Designing a Secure FPGA System for Your Project

An FPGA can take your device to the next level. Whether you're making a consumer-level wearable or a medical device that's poised to save lives, this technology can make it more efficient and reliable than ever.

That said, it all starts with a secure design. FPGAs have vulnerabilities like any other device. Addressing those concerns early in the development process covers all your bases.

Turn to Voler Systems today for FPGA development, design, and programming service. We're ready to help you create a secure and functional FPGA system for your upcoming product.

IoT Security: What We All Need to Know | Voler Systems

The Internet of Things, or IoT, has started to truly come into its own in the last few...

Wearable healthcare devices have gone far beyond merely counting steps and heartbeats. A...