Does Your Wearable Have Overheating Problems?  Here’s How to Be Sure. 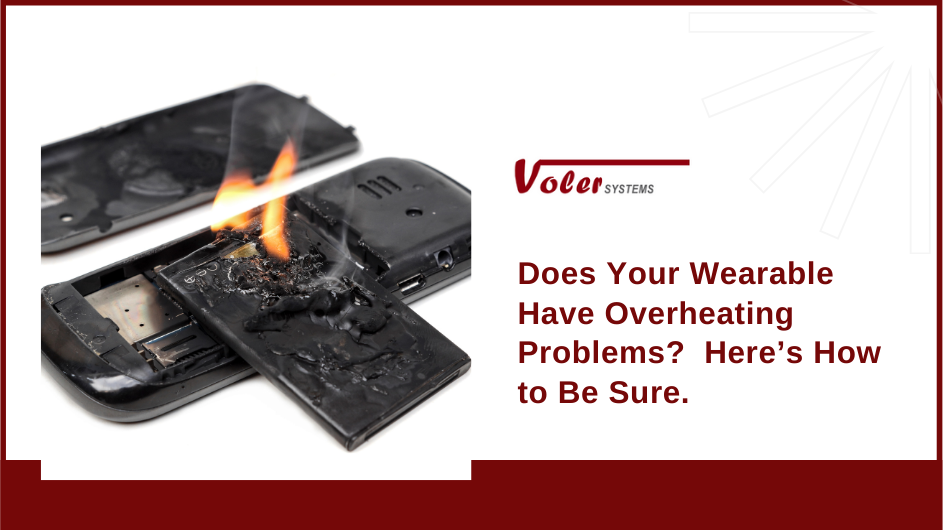 On March 2, 2022, Fitbit recalled 1.7 million Ionic smartwatches due to 174 cases of overheating of the Lithium-ion battery. The recall will cost the parent company, Google, up to $500 million in refunds to customers. This is not the first time overheating batteries have caused a problem.

On October 10, 2016, Samsung recalled 2.5 million Galaxy Note 7 phones that had a battery that overheated and sometimes even burst into flames. The cost to Samsung is estimated at $5.3 billion. In April 2021, Verizon recalled 2.5 million Ellipsis Jetpack mobile hot spots due to the Lithium battery overheating. On January 10, 2017, Toshiba recalled 100,000 Lithium Notebook batteries due to overheating. And there are many other recalls due to overheating Lithium batteries.

Why are these problems happening, and what can be done about them? Perhaps Fitbit was playing with fire when they sold the smartwatches with colors of burnt orange and smoke gray. But it is well known that Lithium batteries can overheat and even catch fire. They are prone to thermal runaway, in which heating of the battery increases the chemical reaction causing the heating. The feedback leads to rapid heating and can result in a fire or explosion.

Every device that contains a Lithium battery is supposed to have a safety circuit to prevent overheating. While a few cheap devices have been put on the market without the safety circuit, all reputable companies include them, yet there are still occasional problems. Why is that, and what can be done?

The first step is to select batteries from a reputable source. There are well-established brands with reputations for quality. Most battery manufacturers are in China, where quality is highly variable, but they are low cost. China is the largest supplier of Lithium batteries, so it should not be ignored, but care should be taken in selecting a manufacturer, and careful testing should be done.

In the case of the Samsung Galaxy Note 7, the batteries from two manufacturers were faulty. One manufacturer had “negative electrode deflections,” and the other had “abnormal ultrasonic welding burrs.” See an explanation from Samsung. Since their recall, Samsung has implemented testing and manufacturing processes such as durability testing, inspections, and other tests to ensure their batteries are extremely safe. 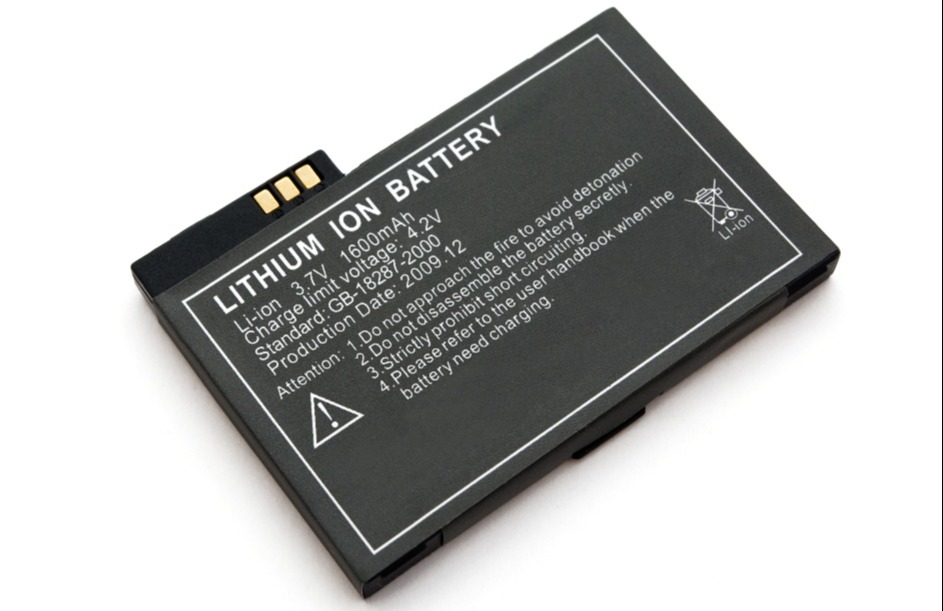 While Fitbit has not yet said specifically what caused their Ionic smartwatches to overheat, there are things to watch for when designing a device with a Lithium battery.

When designing in a safety circuit, the design must be highly reliable, and the company manufacturing the circuit board must have a high-quality manufacturing process. For example, if a part is poorly soldered, the connection could fail after being tested and shipped to the customer. That could cause the safety circuit to fail and provide no protection.

The design must allow for the battery to expand slightly over its lifetime, a normal process with Lithium batteries. If there is insufficient space for expansion, the enclosure or the battery may be damaged, so the package design must be done very carefully.

Battery testing is a critical part of the design process. Compliance testing is required. The device must meet UN38.3 Certification for transportability. Without it, shipping is very restricted. Standard IEC62133 specifies tests on devices required to ensure safety in many countries, including Europe and the United States. Standards UL1642 and UL2054 specify testing required for the battery itself, with some requirements that apply to the device. Testing ensures the enclosure will not rupture or the battery catch fire or leak caustic materials during possible abuse.

Wearable devices, like all electronics, have other compliance testing, including emissions and immunity testing, ESD testing, and safety testing. The requirements differ in different countries. The United States does not require immunity testing, but Europe does.

A medical device has additional testing that is required. A key requirement of medical devices is that they are safe despite any single fault. For example, a short circuit can draw excessive current, causing overheating. A fuse is one way to protect from this failure.

You’ll find helpful information on requirements for medical devices in these articles:

Why Not Use Other Types of Batteries?

The simple answer is that no other battery technology beats Lithium-ion for energy density and light weight, and all batteries have a level of risk. Here is a comparison of popular rechargeable battery chemistries.

These numbers are a rough guideline. They vary considerably depending upon the battery’s size, shape, and construction. There are other important factors, including:

Lithium-ion batteries perform very well in all these categories. If you can use a replaceable battery instead of rechargeable, there are battery chemistries, such as Alkaline and Silver Oxide, that perform well compared to Lithium-ion.

Don’t Put Your Design at Risk

There are many trade-offs to be made in designing a wearable device. The battery selection affects the size, shape, time between charges, charging time, shelf life, cost, and other important factors. In addition, the safety of a battery is critical, as they store energy, and failures can cause the energy to be released quickly, causing overheating.

Careful design for manufacturing (DfM) and selection of battery suppliers is critical to ensuring safe and reliable batteries.

Voler Systems has senior engineers with decades of experience designing small devices with batteries. We can help you avoid the risks inherent in products containing batteries.

As the number of wearable devices increases, the demand for smaller and longer-lasting...

We are excited to have an article in ReadWrite (formerly WearableWorld).  In the article...

Gone are the days when laptops drive the definition of low-power.  Suppliers rely more...