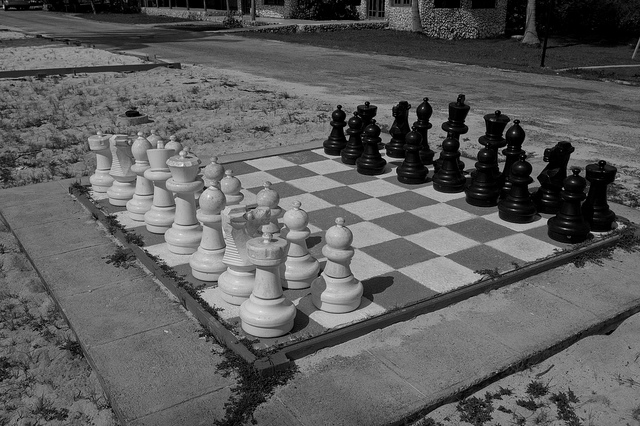 Effective communication requires a two-way process and it is a must for a manager to be successful. It means devoting part of his or her time to listen to others and to express themselves in a clear manner. The ability to listen to what people have to say will not only make you informed of what’s happening, it also shows that you value the effort that went into the work and you listened well enough to repeat it back to your employees.

The second part of communicating to people is finding the equilibrium between saying too much and not enough. This is hard, but is a must for a manager to be successful. People should not only have a clear explanation of a task at hand, but also a clear target for them to aim at. This is the core that motivates a team. The target may be some milestone to achieve, a product shipment or a score to meet.

Communication is not what’s said but what’s understood. Check that your team can communicate back to you their understanding of their task. This helps make sure that we both understand not only the project’s specification, but what the current status is, what risks we have identified, how to manage those risks and what the current schedule is for completion. As we repeat this back and forth, we both begin to gain a more in depth understanding of the project at hand.

Bottom line is this:

Listen carefully to what people have to say, “over communicate” with them to give a clear assignment and a bigger picture so they know how to fit in. People are much happier when they understand what they ought to do and why.

Strategy 2: be human, be polite.

Politeness and openness may seem obvious or trivial, but in fact it’s very important. It’s easy to mistake intimidation for respect, but they’re actually two separate things. Either you build the wall between you and your team or you don’t.

If you want to see some qualities in others, you should be the model. Peter Handal, CEO of Dale Carnegie Training states that keeping yourself to certain standards is what leads to others taking part. You don’t have to do everything with your team. A call is a call and a meeting is a meeting. You need to provide “just enough” presence.

A study on children conducted by Claudia Mueller and Dweck found that praise for effort has positive impact on their motivation and performance. Similarly, adults also need feedback. Properly delivered praise or criticism can be a powerful means of motivation and two major rules govern its application.

Deliver praise in public because it means a lot for your team. It proves you pay attention to what they do, it gives them positive feedback on their effort and it shows that such effort will be recognized.

Punish in private. Negative feedback should be delivered one on one. Done publicly, it shows you can’t manage your team properly and you’re also not able to contain the situation. When you give negative feedback in private it can build a lot of loyalty when you show that all hell stops at you and it is you who will deliver the thunders.

When you a leader participate in both ends of praise and criticism it shows your employees your dedication to them which in turn inspires loyalty.

There’s nothing more demotivating than explaining to your employee that what they do is dull and boring. In fact, you should strive to do the opposite. Human purpose lies in the ability to deliver value added because of little sparks of creativity. It makes everyone feel better because you enable them to add something of their own into the effort, beyond the work you directed them to do. Look for ways to invite and encourage creativity.

This is the last strategy and deliberately so. If you want to be adamant about when work starts and ends, that’s fine, but you’ll end up hurting yourself in the long run. Employees forced into a certain mold puts them in the mindset of someone who makes screws for 8 hours. It’s important to recognize that everyone is different and those differences are seen as strengths. Some people feel better working evenings. Some have kids they need to take to school. When you choose to delegate, this makes your people feel more in control about how they go about their day.

Flexible time isn’t very expensive (requires better planning and careful scheduling, but you should be doing that already) and is considered a substantial benefit for everyone I know.

The second idea to consider is telecommuting. Cisco conducted research finding that it not only increases job satisfaction but also has positive impact on overall productivity.  Consider this – in case your employee or you works out of home, supposing wife/husband is at work and kids are at school he will have much less interruptions than in the office. It saves time and money spent on getting to the office and as well as all the time spent preparing for work.

Both of those ideas seem like a more loose approach to work, but the fact is that they both are based on good delegation and trust. It also instills responsibility and creates a work environment focused on results, not on time spent in the building.

The approaches to motivation that were skipped (on purpose) are those made famous by large companies, such as free lunch, free housekeeping and so on. From my experience, all of those are incredibly nice to have, but play well only when the team spirit coming from proper human relationships is present and alive. The downside of these strategies is that they require additional work. It isn’t enough to sprinkle some cash and sugar over your employees. The upside is that if you’re willing to do that work, the return on effort is going to be an order of magnitude improvement. When time is of the essence or there’s work piling up it’s very hard to justify work that does not directly create value.

Excited to be featured on EEWeb | Voler Systems

We are just thrilled!   Thank you @EE_Web.

Thank you, Mr. Mark Shughart, Director of Hardware Engineering for Cala Health, for...

If you recently stepped into the role from a developer position, here is some of our most...